MOVIES are one of the best entertainment channels one can enjoy and with the new online streaming shows and movies, one can have the luxury of binge-watching with popcorn or samosas on own couch.

The trend of watching movies on laptops and televisions has increased even more in the last few months owing to the worldwide pandemic situations and the entertainment industry has not failed to bring people more and more enthralling shows and movies to help people unwind and relieve themselves from the constant fear of the unknown.

ZEE5 is one such favourite entertainment platform and has recently added a great variety of interesting dramas, shows and movies of different genres for all kinds of audiences.

Yaara is a story of an unusual enduring friendship between criminals showcasing their rise and fall. It’s thrilling to watch how their life takes turns in interesting dramatic incidents involving a lot of people around and how the characters handle different emotions in unfolding situations.

A very interesting aspect of this movie is its backdrop. The Yaara movie is drawn in the backdrop of the 90s where the stories and life will revolve around smuggling, hippie culture and rebellion. The retro looks of characters are adapted according to 90s lifestyle – bell-bottoms, printed shirts with long collars, long hair- and it will be amazing to re-live those years with new faces.

The setup of the film is North India where the group of friends spends their childhood and grows up to be gangsters. The life and friendship of these gangsters undergo tests when the circumstances change and it will be interesting to witness whether their friendship survives the test or not. 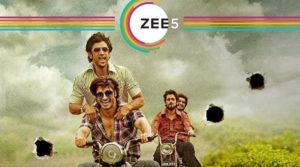 The Yaara movie has foreign roots and is a licensed remake of French crime-drama movie “Gang Story” and showcases relations more than the criminal storyline.

Vidyut Jammwal, the action hero of Commando 1, Commando 2 and Commando 3 movies quotes that “Yaara is a story of friendship that is close to his heart and gives new meaning and outlook to a bond of friendship.”

The timing of the movie on friendship is perfect as near to Friendship Day.

Watch Vidyut Jamwal taking his act to another level in Yaara!

Book your dates on 16th July and witness it Only On ZEE5.

1 thought on “Yaara – Unique Story of Friendship on ZEE5”

This site uses Akismet to reduce spam. Learn how your comment data is processed.

Welcome to my Blog 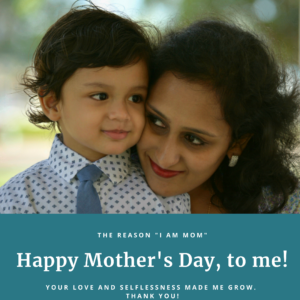 Join us in our journey of fun learning. We create, imagine, laugh, learn and explore.

👉🏻❤️ Intimate Hygiene is a basic body re

Happiness is having filter coffee at home on winte

🎵💜 Body massage is relaxing and stress-relie

✨💙 Have you ever apologised even if it was no